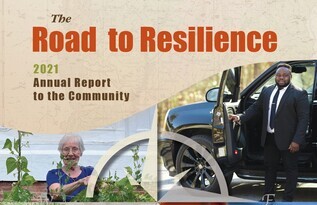 September 21st: Read our 2021 Annual Report, "The Road to Resilience"

It's been a challenging road, but at every turn we've been guided by our core values. Community. Access. Justice. Read More

VCLF Celebrates 25 Years of Putting Money to Work in Vermont, for Vermont

On the evening of Thursday, September 27th, the Vermont Community Loan Fund celebrated its 25th anniversary, amidst the company of founders, investors, donors, borrowers, staff and board, stakeholders, legislators and friends of all stripes - who came together to recognize the nonprofit, mission-driven lender’s social and financial impacts across Vermont.Read More

The U.S. Department of the Treasury’s Community Development Financial Institutions (CDFI) Fund has announced that the Vermont Community Loan Fund (VCLF) has been awarded a grant of $671,416 to support its mission-driven lending to Vermont’s small businesses, community facilities and affordable housing and child care programs.Read More

The Vermont Community Loan Fund (VCLF) approved $1,379,000 in financing to affordable housing developers, and small businesses throughout Vermont, during the first quarter of 2012.Read More